Family memories … for many,  Christmas trees are like family scrapbooks. Each year as you bring out the totes and boxes, you unwrap remembrances of special moments, special friends, departed loved ones, and Christmases past. Perhaps your family tradition involves listening to a favorite Christmas album, drinking hot cocoa … maybe even placing a pickle on the tree for little ones to find.

Think about each decoration and the memories it evokes.  Start you own tradition … give a gift that tugs the heartstrings, always “fits” perfectly, and evokes memories for years to come. 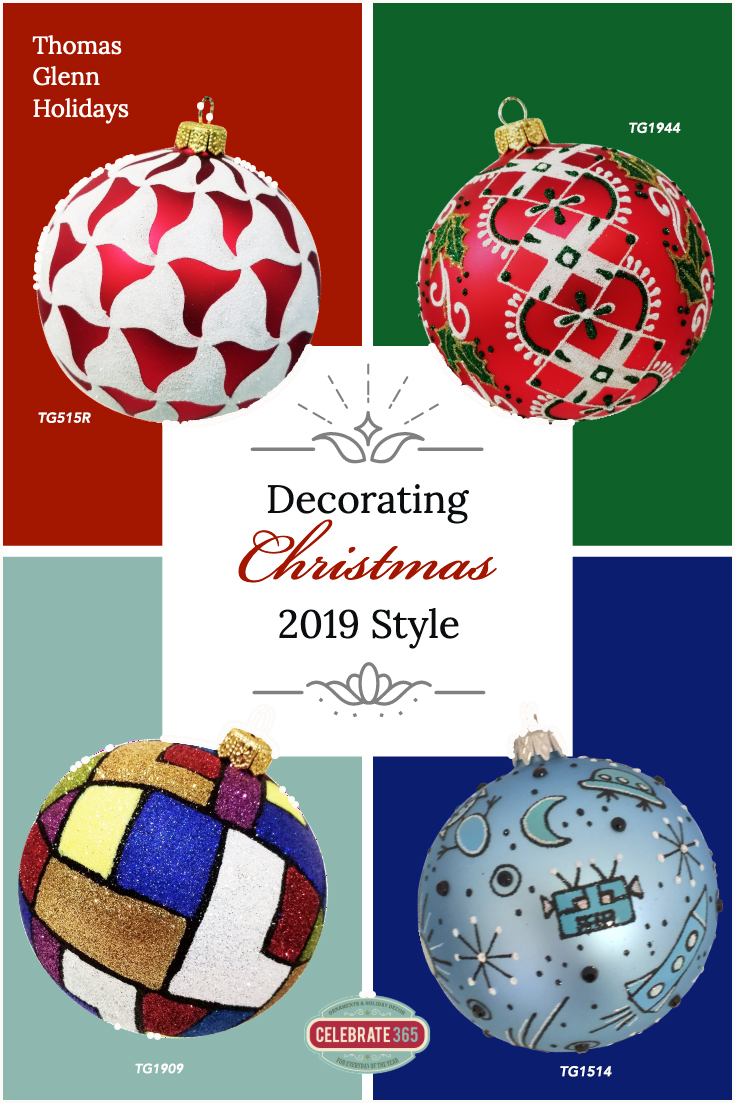 This year there are only a very short three weeks between Thanksgiving and Christmas. Santa has his work cut out for him … and so do you!

We are here to help!

We have lots of new designs for 2019. Not only will they dazzle your guest on your tree but they make wonderful gifts as well!  Each ornament is individually painted and glittered in Europe by experienced Polish artisans.

What are you waiting for? We ship everyday except Sunday. Do you have special needs? Just let us know! 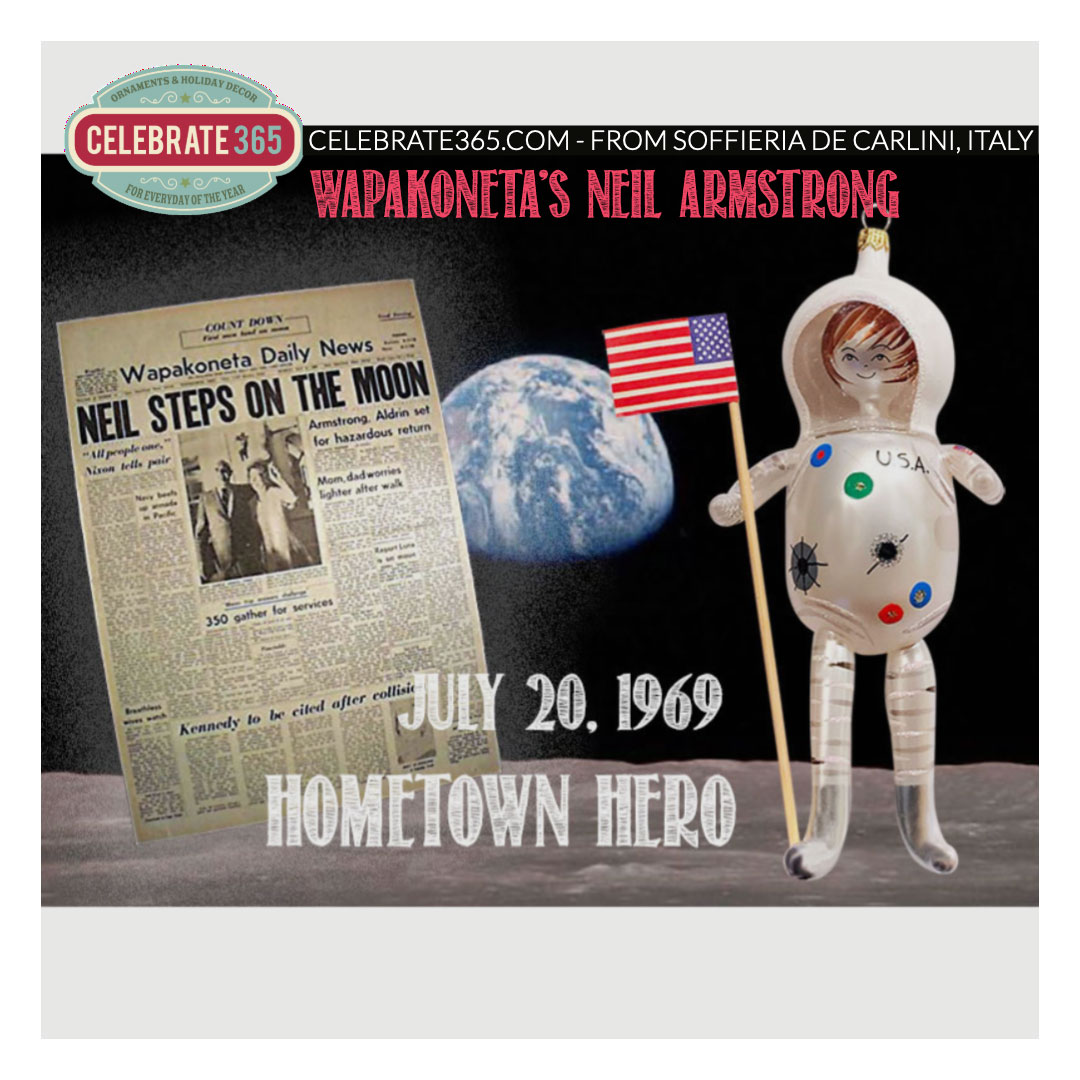 2019 marks the 50th Anniversary of the first footsteps onto the moon. This year has special meaning to the citizens of Wapakoneta, Ohio as the man who took those steps, Neil Alden Armstrong, called that community his hometown.

He experienced his first airplane ride at the age of six and began taking flying lessons at fourteen. By age sixteen, he had earned his pilot’s license.

As a recent high school graduate, I will always remember watching that “first step” on a black and white TV in the restaurant where I worked before beginning college.  Then four years later, now a college graduate, I accepted my first teaching position at Wapakoneta City Schools.  The Armstrong aura and legend were still fresh memories in the small Auglaize County seat.

Armstrong continues as a Wapakoneta local legend. When a 90-year-old retired elementary teacher passed away this winter, one of her former students remembered: “I never forgot her story that Neil Armstrong was her prom date. However, he only had his pilot license so his father had to drive them to the dance.”

Heroes are human too.

For additional information about how Wapakoneta and the Armstrong Museum plan to honor their “Hometown Hero”, visit these sites:

First On the Moon Calendar of Events:
https://www.firstonthemoon.org/calendar

Can you say “SPARKLE“?

Sparky Santa, one of this season’s top sellers, was inspired by a retro Christmas card.  Additional inventory just arrived.  Don’t be disappointed … order yours now!

This pearlized ball portrays retro Santa faces with assorted hat styles … can you pick them out? Don’t you love the angular retro-style beards and mustaches? And here is yet another design that begs an ornamotor to provide a 360 degree view.

Celebrate365.com is pleased to announce the arrival of Thomas Glenn Holidays’ 2018 order. Our website is not completely updated to reflect the new arrivals … so if you see the text “AVAILABLE FOR PRE-ORDER” … just ignore that! These ornaments just arrived and ARE available for immediate shipment.

Thinking Halloween?  Thomas Glenn Holidays has several stunning new designs for autumn holidays … take a look!  Click on the graphic above or here.

Want to stay in touch as the holiday rush begins?  Simply enter your email address under the “JOIN OUR MAILING LIST” header above.  We will place you on the mailing list … don’t worry, we won’t fill your email box!

Sign up to receive information about new products and collector alerts.